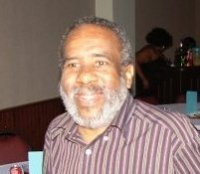 On July 22, 2012 Kappa Kappa Psi and the South Carolina State University Band program lost a great advocate and teacher. Mr. Ronald J. Sarjeant, received his Bachelor’s degree from Florida A&M University in 1970, and was initiated into the Delta Iota Chapter of Kappa Kappa Psi in the fall of 1969. From that time, he worked to live the values of our organization and was committed to the college movement.

The current SCSU Director of Bands, Mr. Ed Ellis, has this to say on the bands website, “Concert clarinetist, arranger, composer, teacher, mentor are but a few words to describe Ronald J. Sarjeant. He has left a mark at South Carolina State University that will never be forgotten. His many musical arrangements will continue to be played by the ‘101’. Although short in stature he was a giant in the field of music and music education. All who have enjoyed his music whether student, football fan, or music lover should remember him for all the good that he did. Sarge you and your legacy will never be forgotten!”

Mr. Sarjeant was an active member of Kappa Kappa Psi since his initiation. He was the advisor to the Zeta Eta Chapter at SCSU and advised the Epsilon Chi Chapter of Tau Beta Sigma. From 1993 to 2000, he served the fraternity as Southeast District Governor. Countless brothers had the opportunity to learn from Mr. Sarjeant, and his legacy will continue to thrive in our fraternity through the members he mentored. We are a better fraternity due to his service to the brotherhood.

Our most sincere condolences are with the family and the South Carolina State Community.

Founded in 1919 at Oklahoma State University in Stillwater, Oklahoma, Kappa Kappa Psi is the leading fraternity solely dedicated to supporting and developing college and university band programs. Kappa Kappa Psi has affiliation with over 210 college and university campuses across the United States of America. Guided by our values, mission and ritual, Kappa Kappa Psi is purposefully working towards our vision; With a dedicated spirit of unity and cooperation, we are unequivocally committed to become the world standard of excellence for band fraternal organizations. Collectively, Kappa Kappa Psi members are inspiring one another and all college band members to Strive for the Highest.