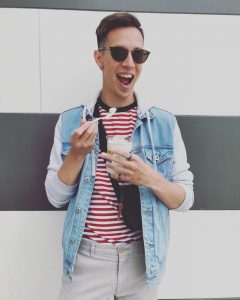 Josh Beedle was initiated into Kappa Kappa Psi in 2012 by the Beta Omicron Chapter at Arizona State University. He played tenor saxophone and was drum major in the ASU Sun Devil Marching Band. Josh has been involved in Kappa Kappa Psi in various ways as both an active and alumnus. He has served as Western District President, Chair of the National Officer Training & Resources Committee, and co-founder of the Beta Omicron Alumni Association. He graduated with a Bachelor’s in Communication and attended the University of Utah to work on a Master’s in Game Production. Josh is a producer at Blizzard Entertainment where he manages multiple teams of game developers. In his spare time, he mentors college students, eats ice cream, and travels.