I am excited to announce the hiring of our two new Chapter Field Representatives for the 2021-2023 biennium! 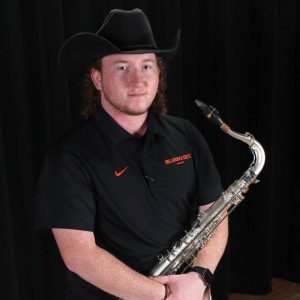 Jake January – Alpha, Oklahoma State University
Jake is a 2021 graduate of Oklahoma State University in Stillwater, Ok. He graduated with a B.S. in Aerospace Administration and Operations with a dual concentrations in Aerospace Security and Airline Management. Jake was a member of the Cowboy Marching Band, Spirit Band, and Concert bands as a tenor saxophone player. He was initiated into the Alpha chapter in the spring of 2018. As an active member, Jake held the positions of Vice President for Programs and Chapter President. Jake has also served as the Administrative Assistant for the National Headquarters of Kappa Kappa Psi and Tau Beta Sigma for the last two years.

You can send a note of congratulations to Jake at jake.january@okstate.edu. 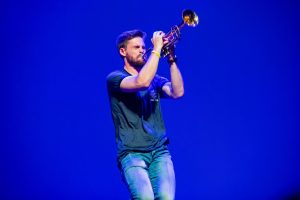 You can send a note of congratulations to Kennedy at kennedy.struck.16@cnu.edu.

Jake and Kennedy will begin their CFR terms May 28, 2021. Nicole Brooks and Justin Jensen will continue to serve as CFRs through the end of July, and all 4 of these individuals will be present at National Convention this summer in Grand Rapids, Michigan. We are thankful to Nicole and Justin for their incredible service to Kappa Kappa Psi as the longest serving CFRs in the history of the program, and we look forward to the great work of our newest CFRs.
Congratulations, Kennedy and Jake!
AEA,
Jessica Lee
National Vice President for Colonization & Membership
Life Member, Eta Alpha Chapter
Brothers:

Kappa Kappa Psi National Honorary Band Fraternity is hiring two talented and dedicated Brothers for the position of Chapter Field Representative (CFR).  This position gives Brothers a meaningful opportunity to give back to our organization as an official representative of the Fraternity and a staff member of our National Headquarters.  Over a two-year period, our CFRs will visit dozens of chapters, travel thousands of miles across the country, and work with thousands of brothers and their college bands from coast to coast.  The CFR position is supervised by National Executive Director, Steve Nelson, and National Vice President for Colonization & Membership, Jessica Lee.

The position starts in early Summer 2021 (target date of May 28, 2021) and is held for two years. With our current CFRs, Justin Jenson and Nicole Brooks, staying for an additional year due to COVID 19,  we will be searching for candidates who are interested in a 2 year CFR position (2021-2023), with the option to stay on an additional year (2023-2024).  We would like to thank Justin and Nicole for their incredible service to Kappa Kappa Psi during this unprecedented time!

Applicants must be an Alumnus or Life Member of Kappa Kappa Psi in good standing on or before the first day of employment.  At that time, the applicant must hold a bachelor’s degree from an accredited institution of higher education.  Applicants must be able to obtain an Oklahoma driver’s license if hired.  Applicants must possess a good driving record and are subject to a check of their driving record, criminal background, and credit.  New-hire drug screening may also be required.

Applications are submitted via the online submission form only.  Paper applications will not be accepted.

The National Chapter Field Representative Program began in 1992 to provide a vital link between Active Members and the National Fraternity. We have been served the past two years by two outstanding brothers. I would like to extend my thanks and congratulations to Andy Melvin and Chris Young for their service to Kappa Kappa Psi. The fraternity is better because of their leadership and service.

Kappa Kappa Psi has recently completed the interview process for the National Chapter Field Representative Position. I cannot begin to detail the level of the applications that were received throughout the most recent months. This is an indication of the leadership abilities that are being developed in chapters throughout the country. Our selection committee interviewed four outstanding finalists this past weekend in Stillwater, OK.

It is my honor to introduce our two newest CFRs who will be joining our Professional Staff:

Alaina Peters (alainarpeters@gmail.com) is from Arizona State University and was initiated into the Beta Omicron chapter in the Spring of 2013. She will graduate this spring with a Bachelor’s Degree in Music Education. She is enrolled in the Honors College at ASU and recently presented her thesis More Than Teachers: A Study of How Band Directors Handle Student Grief. She has served Beta Omicron in a variety of positions including Secretary and President. In addition, she has served as a presenter and committee chair for Western District Leadership Conference and Convention. The Western District recognized her with the Ideal Active Achievement Award in 2014. She is currently completing her student teaching at Desert Ridge High School in Mesa, AZ.

Justin Chesak (jchesak@unm.edu) is from the University of New Mexico and was initiated into the Gamma Iota chapter in the Fall of 2011. He will graduate this spring with a Bachelor of Arts in Political Science with a minor in Psychology. Justin served two terms as his chapter’s Vice President of Membership and is the current President. He served as Vice President of the Southwest District for the 2015-2016 school year and chaired the Colonization & Membership Committee at the 2015 National Convention in Lexington, Kentucky. Justin has also served as a campus tour guide and equipment manager for the Spirit of New Mexico Marching Band.

Please feel free to send these individuals congratulatory messages. As they make their transition to Stillwater and become a part of the National Headquarters Professional Staff, more information will be shared regarding their upcoming chapter visits. A special thank you to National President Jack Lee, National Executive Director Steve Nelson, National Office Manager Di Spiva, Chapter & Colony Education Coordinator Yvonne Daye and our entire National Headquarters Staff for all their work this past weekend in Stillwater.