Home » About » Leadership » Chapter Field Representative » About the CFR Program

The National Chapter Field Representative Program began in 1992 and was created to provide a direct link between chapters and the National Leadership Team. The Chapter Field Representatives (CFR) serve a two-year term as both a member of the Headquarters Staff as well as a member of the National Leadership Team. The primary job of a CFR is to visit active chapters and petitioning groups across the country. When the CFR’s are not traveling, they are assisting the Headquarters Staff at Stillwater Station in Oklahoma. The purpose of a CFR visit is to facilitate discussions on areas of growth for the chapter, assist the chapter in setting specific goals for itself, and to inform chapters about the resources available to them. Chapter visits also allow CFR’s to identify trends across our chapters. This information is valuable for the National Leadership Team as they are able to use this information to determine if new resources are needed for our chapters to be successful. The goal of the CFR program is to visit every active chapter and petitioning group at least once throughout the course of the biennium. In 2006, the program was expanded from one field representative to two field representatives to accommodate the needs of our growing Fraternity.

Kennedy Struck, Alumni of the Mu Nu Chapter, graduated from Christopher Newport University in 2020, double majoring in Psychology and Sociology. During his time as an active brother, he served as Vice President of Brotherhood and Chapter President. He was a part of the Marching Captains, Jazz Band, University Band and other various small ensembles. His favorite thing about Kappa Kappa Psi is the brotherhood aspect, getting to know new people and feeling connected to everyone through our fraternal values and the lessons learned through the ritual.

Jake is a 2021 graduate of Oklahoma State University in Stillwater, OK. He graduated with a B.S. in Aerospace Administration and Operations with a dual concentrations in Aerospace Security and Airline Management. Jake was a member of the Cowboy Marching Band, Spirit Band, and Concert bands as a tenor saxophone player. He was initiated into the Alpha chapter in the spring of 2018. As an active member, Jake held the positions of Vice President for Programs, and President. Jake also served as the Administrative Assistant for the National Headquarters of Kappa Kappa Psi and Tau Beta Sigma. 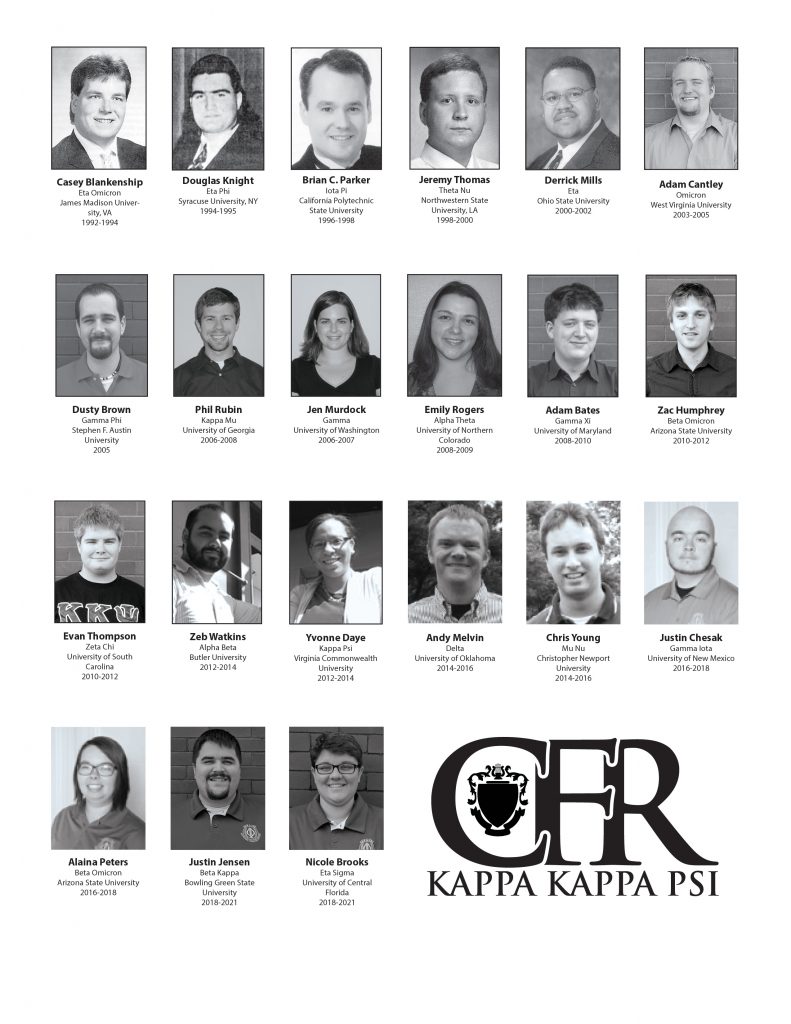