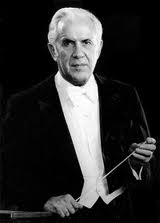 Dr. Begian was an honorary member of of the Zeta Epsilon Chapter and also served as the conductor of the National Intercollegiate Band during the 1987 National Convention in Ann Arbor, MI.

His biography is provided below:

Dr. Begian’s musical training was in the public schools of Michigan, where he studied trumpet with Leonard Smith and flute with Larry Teal. He received bachelor’s and master’s degrees from Wayne State University in Detroit, and earned his doctorate at University of Michigan–Ann Arbor.

Dr. Begian was a recipient of the NBA Citation of Excellence, ASBDA Edwin Franko Goldman Award, Notre Dame St. Cecelia Award, Grainger Medallion, was elected to the Academy of Wind and Percussion Arts, and was enshrined in the Hall of Fame of Distinguished Band Conductors. His more than 60 recorded performances with the University of Illinois Symphonic Bands comprise one of the largest and finest collections of recorded band performances in existence.